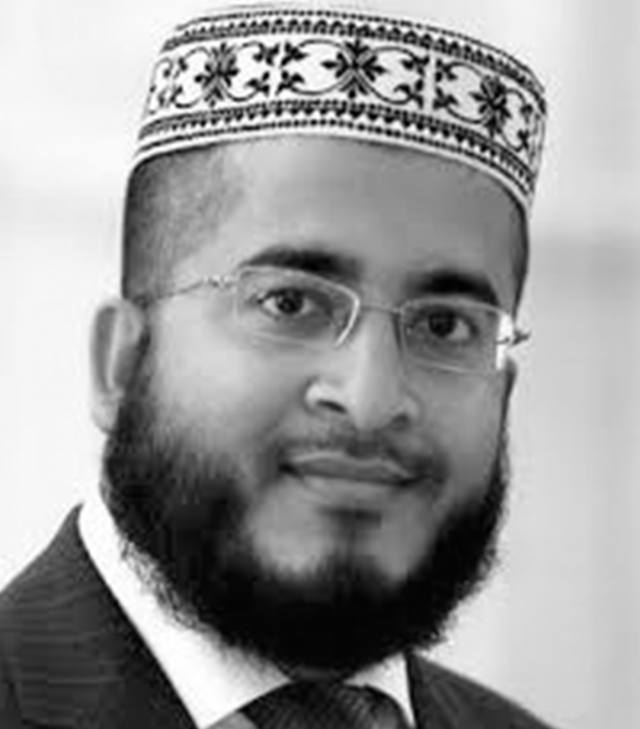 Mufti Muhammad holds LL.B (Hons), Postgraduate Diploma in Professional Skills (City University) and LL.M (Master of Laws) in Banking and Finance Law (University College London, UK). He spent a number of years with Dubai Islamic Bank (DIB) in the Shariah Coordination Department (known today as “Dar Al Shariah”) and worked closely with Chairman of the Shariah boards of DIB and many other Islamic financial institutions in the UAE. Prior to DIB, he worked for HSBC Plc in London and as a law lecturer. He was ranked among the Worlds’ leading scholar by FAILAKA (2008), and received the ZAKI BADAWI Award for Outstanding Young Shariah Advisory (2009).

He also advices various financial institutions in the UK and overseas and are member of their Shariah Boards. Mufti Muhammad is an Islamic Jurist and English qualified lawyer. He studied Shariah (in a traditional Madrasa environment) including Arabic language and literature, Fiqh, Usul al-Fiqh, Tafseer, Hadith (including the six most famous books), and completed the Shahaadatul Aalamiyyah and obtained BA/MA (Islamic Theology) from Darul Uloom Al Arabiyya Al Islamiyya, Bury, UK. He subsequently spent another year at the same institution specialising in Fiqh. (Islamic Jurisprudence).